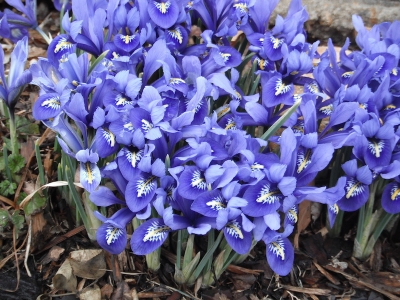 After a harsh winter, hopeful signs of spring abound. Some of the happiest are the latest Emilie Loring editions on Kindle: For All Your Life and With This Ring. Each book that comes out gives me a little lift; I’m so happy to have them available! (Click on their titles to read their reviews.) 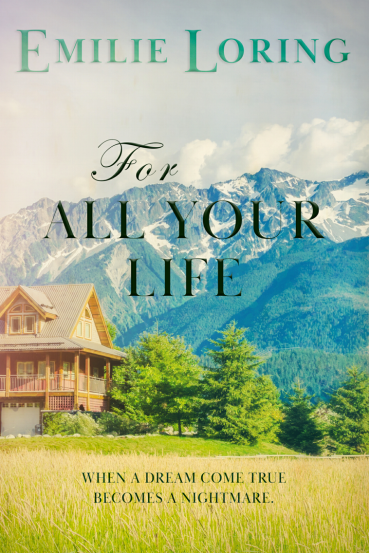 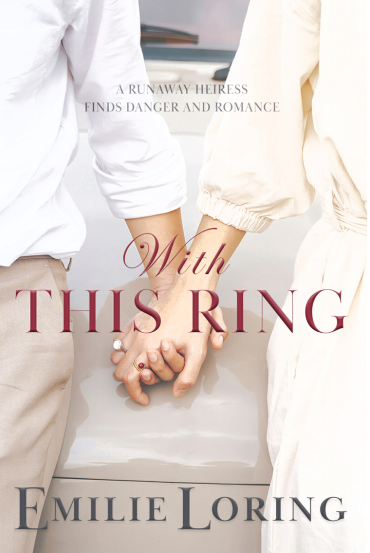 Before I knew about these, I picked up Spring Always Comes, one of the ghostwritten Emilie Loring novels. I’m sure it was the title; I am so ready for spring!

For the first time, the original and paperback covers are nearly the same: a man and woman seated close together in a carriage, presumably in Central Park. That scene doesn’t happen, but it’s New York, it’s winter, and spring is on its way.

Connie Wyndham has lived four years in New York, sponsored through college by the wealthy Kent family. Connie and Sandra Kent are friends, but the girls couldn’t be more different.  “The first impression [Connie] made, even before people noticed her stunning beauty, was the vivid impact of her personality.” Sandra, too, was physically beautiful, but she had “no acceptance of life, no vibrancy, no assurance.”

Their story turns on a decision. Sandra’s beaus had frequently preferred Connie, but “Never again,” her friend vowed.

Enter Jefferson Gray, the man Sandra’s father wants her to marry. Sandra likes him well enough and is willing to go along with her father’s wishes, but she’s not in love. When Jeff shows interest in Connie, she rebuffs him right away.

Connie’s father has only weeks to live, so she returns to their home in Maine, which she sees with newly appreciative eyes. Her scheming brother, Nick, complicates matters. He’s gotten involved with a protection racket and needs to come up with money, fast. Further complication arises when Jeff falls in love with Connie–and she with him–but she remains loyal to Sandra and sends him away.

The blend of new and old writing in this story is obvious. Sometimes, characters speak as Emilie would have them do:

“He has been magnificent… Why, he has kept the place bright for all of us! …he says that death, too, is an adventure, one about which he is intensely curious.”

“While there was so much beauty, the world must be good.”

At others, their attitudes would have exasperated her.

The future meant Jeff. Jeff to love her, to take care of her, to protect her.

Anyhow, Connie was forced to admit that she was unable to run it by herself… a man was needed to cope with the details.

Oh heavenly days! I see Prue of Prosperity Farm (Hilltops Clear), Pamela Leigh of the Silver Moon Chowder House (Fair Tomorrow), and Di Vernon who ran her own herb farm (Where Beauty Dwells) coming over the hill to give this girl a stern talking-to.  Grow a spine, Constance!

And just like that, she does. From the time Connie returns to New York, she suddenly has loads of courage and gumption.

“New York, here I come,” she told herself. “I’m going to conquer you.”… Absorbed in her thoughts, she was unaware of the many eyes that turned for a second look at the girl who went past, high of heart, eager to confront the future.

Throughout, we see the difference between Emilie Loring writing a story about a woman and her sons doing it. The anachronism of women with college degrees being placed in the steno pool of a legal firm can be forgiven for their times, but the depiction of Connie as a working woman is SO condescending.

For the first time she realized that idleness, however luxurious it might be, could never provide the rich satisfactions of work well done.

Oh my. Can you just imagine what Emilie would have had to say about that?!

“Everyone has been very kind,” she assured him.

“And now I suppose the next step is marriage,” he said. 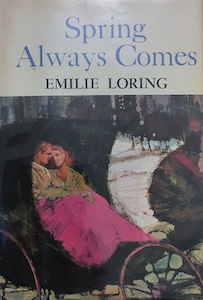 Spring Always Comes is quite a nice story after that. Everyone starts out matched up with the wrong partner, but they get sorted out.

There really are three romances brewing–Connie and Jeff, Sandra and Connie’s boss, and Connie’s roommate with the junior partner. Each couple starts behind a veil of pretense and succeeds when the partners are most honest about themselves.

The core philosophy is near-Emilie:

“What makes sense is living your own life, not letting someone live it for you.”

Emilie would be all about truthfulness and accepting responsibility for oneself. She also had a fair sense of duty, however, and characters who deferred their own ambitions in service of a higher purpose earned her respect.

I’ve always enjoyed this story, despite its flaws. I suspend my disbelief when Connie is kidnapped, drugged, set to sea in a rowboat, and then willingly lowers herself into frigid waters to swim back to shore. I yearn for Emilie Loring’s descriptions of settings, people, costumes–anything–and grit my teeth when characters deliver wooden or preachy lines.

But there’s an endearing scene when roommate Lil washes away her hair color to be more herself when next she sees Colin Emery. And I’m a pushover for tangles that get worked out in the end. It’s like winter; if you can get past the rough parts, there’s a warm, enjoyable spring to follow.

And now, we have all of these Emilie Loring books to read on Kindle!!!

One thought on “Spring Always Comes”