I went to college with the idea that I might become a romance novelist like Emilie Loring. At that point, my favorite books were hers–especially Rainbow at Dusk and Where Beauty Dwells–plus The Hobbit, Jonathan Livingston Seagull, and The Prophet. 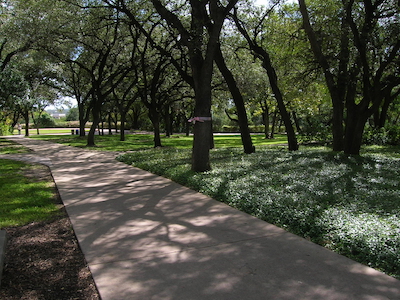 When I got to Trinity University, I took classes in literary criticism and the American novel, but it never crossed my mind to analyze my way to a first book. I felt, rather than realized, that inspired writing needs to be spontaneous.

So I sat down and began my “Emilie Loring-ish” novel. The results were a little like when I, with my stick-straight hair, attempted to wear an Olivia Newton-John layered cut:  Nice try, Patti. I wasn’t wrong about spontaneity, but I didn’t appreciate the extent to which writing is personal, arising from parts of our experience that can evade consciousness, let alone reflection. Mine wasn’t very much like Emilie’s.

I no longer remember the details, but I’m sure my male lead was named Grant or Trent or some such, and I promise you that the girl’s eyes were “like velvety pansies.” She  definitely lived near a lighthouse. I had already read my collection of Emilie Loring paperbacks many times by then, and I can’t imagine omitting that appealing detail.

Mind you, I was eighteen at the time, six years younger than Emilie’s usual heroines. I grew up in Arizona and had never seen a Maine lighthouse, but I was determined that my story should have the best of what Emilie’s had, and that meant a lighthouse on the coast of Maine. If I had understood better, my book would have taken place in the southwest, probably at a school or library, and the girl would have climbed trees instead of lighthouse steps.

Emilie Loring laced her writing with memories of her childhood, her father, Boston and New York, and her summer home on the coast of Maine. What was most fond, what was most challenging, found its way into her stories, leaving behind her unmistakable, personal imprint.

She loved all waterways. Brooks and streams spelled romance to her, and in spite of the age in which she lived, she was incurably romantic. Uncharted Seas

Why was it, when one couldn’t sleep, one thought of all the pesky little misfortunes which might occur, instead of radiant possibilities? Lighted Windows

When Emilie Loring began a new story, she thought of a theme, started the characters on their way, and then wrote what they did next. She explained to Charles Lee on the radio:

“A formula, Mr. Lee, is like a unicorn. There isn’t any such animal for me. Sometimes I wish I knew one when the going gets rough, but would there be as much of a thrill, would little chills feather through my veins, when one of my characters gets in a jam which astounds me, if I did? They have their problems, their ideals, to work out. Life, our chaotic, fascinating, ordinary human life, doesn’t run itself according to formula.”

This is what the ghostwritten novels–and my attempt–missed. There is no formula that produces an Emilie Loring story; only Emilie Loring, herself, could write one. 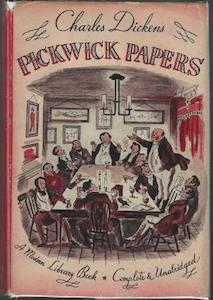 Emilie Loring’s father was a publisher and playwright, and she grew up reading a vast array of literature, including Sir Walter Scott, Charles Dickens, and Oliver Optic. She peppered her writing with nineteenth-century quotes and vocabulary. Some of her descriptions were as elaborate as Victorian table settings, while her dialogues were vibrant and stage-ready. (See: Dialogue Sparkles in As Long As I Live)

Through her mind flashed the bit from Kingsley’s Last Buccaneer which was her father’s favorite bit of declamation when shaving; “There were forty craft in Aves…” Gay Courage

With the day’s activities returned a Monte Cristo, the world-is-mine, assurance. Lighted Windows

My dad was a biology professor, and I grew up reading The Book of Knowledge and Emilie Loring. I’ve always been in something of a middle world–part scientist, part romantic. I have the scientist’s need to collect tons of information and analyze everything into its component parts before drawing conclusions. I also have the romantic’s desire to believe in the best and find happy endings.

“When stuck, reverse your engine.”

I left writing Emilie Loring-ish novels behind (You’re welcome!) and decided to write her biography instead. Sound scholarship and enthusiasm are definitely in my wheelhouse. You can be sure that Happy Landings: The Life Behind Emilie Loring’s Stories will be as thorough and accurate as I can make it, with all the spirit and vibrancy of my favorite author.

There’s no formula for that, either.

6 thoughts on “No Formula Could Produce These Stories”