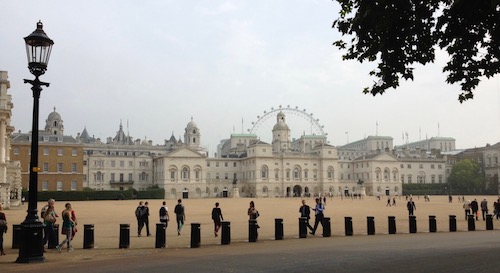 “I wanted terribly to go to England. I couldn’t go, so I used it as a setting for a novel. While at work I read the London Times, English Country Life regularly, and innumerable books. In short, steeped myself in English atmosphere till I became so British that I caught myself saying ‘lift,’ ‘cinema’ and ‘will you please pass the sugar basin?’ I loved that winter in England.” Emilie Loring, radio interview

Like many Bostonians, Emilie had English ancestry and carried on English customs.  Her fifth-great-grandfather, Richard Baker, came from Kent, England to Dorchester, Massachusetts in 1635 and married Faith Withington from Lancaster. Bostonians may have dumped tea in the harbor, but they drank plenty of it later, wearing pearls and sensible shoes and discussing their families’ genealogies. A historical motto of the Baker family in England was especially suited to Emilie’s optimism: dum spiro spero, While I breathe, I hope.

Pride in birth and family had been bred into these people for generations. She glanced at her grandfather beside her and felt a sudden overwhelming surge of that same pride. High of Heart

Emilie looked for story ideas. The Times of London ran a series of stories about ghosts at manor homes that had scared prospective buyers away. Country Life magazine had its own ghost story. While photographing Raynham Hall in Norfolk, England, they captured on film what they believed was a ghost that had haunted the home for a hundred years. The idea was irresistible; High of Heart acquired a ghost.

Didn’t your father tell you, my lady? Didn’t he tell you of the ghost of a woman in gauzy silver draperies who appears at that long window with our coat of arms enameled in colors on the glass, when the waning moon is visible from this room?

Emilie never went to England, but most of her friends and family did. Her friends Louise and Lizzie Hallet had recently returned from an extended stay in London’s Goring Hotel near Buckingham Palace. It was the first hotel in London with central air conditioning and a private bathroom for every room. At the time Emilie was writing High of Heart, just before World War II, it was a favorite haunt of Winston Churchill whose mother, Lady Randolph Churchill, lived there. 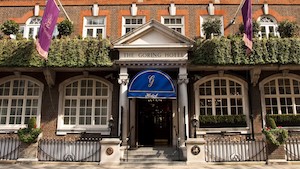 Another friend, Beth Kerley, had also been in England recently. Beth and Emilie had been friends since early childhood when their fathers acted in amateur plays together. Now, Beth lived in New York, but they saw each other frequently, and Emilie dedicated this book “to my friend Beth Kerley whose middle name is loyalty.”

His grandmother was right, she was sweet and sound to the core and loyalty was her middle name. High of Heart

Beth’s family history had a set-up a little like the back-story of High of Heart. Her  maternal grandparents left their families in England and ran off to the New York stage in the 1840s.

And because he refused to spend the rest of his life in a profession for which he was totally unsuited, his father had let him go, never had tried to find him. High of Heart

Beth’s parents were also professional actors, but Beth fell in love with a pediatrician, Charles Gilmore Kerley, and never sought the stage herself. She and her husband  traveled frequently to Europe, and when in London, they stayed at the Grosvenor Hotel, another hotel near Buckingham Palace.

Maybe that was why Emilie chose England for this novel’s setting. With enough imagination, her friends’ lavish experiences could become hers.

Emilie’s character, Constance Trent, gets her chance to live in England when her grandfather sends for her, his most direct heir, in hopes that she will carry on at Trent-Gowan manor house. But her father’s disappointments have set her against her English family, and she rejects her grandfather’s invitation.

“Present the ‘direct heir’s’ compliments to Major General Lord Vandemere Trent-Gowan, Retired, and tell him that she is interested neither in him nor in his estate, that she belongs to another family.” She looked up. “I do belong to the Coreys, don’t I, Peter?” High of Heart

“Con” has lived with the Coreys since her father’s death, and they persuade her to at least meet her grandfather and hear him out. Soon, the whole family is off to Trentmere Towers.

Emilie often said that she lived (mentally) in the settings of her books all the while that she was writing them, and she seemed especially ready for this English “vacation.”

She filled her lungs with the fragrant air cooled by the approach of evening and opened wide the eyes of her mind and senses to the beauty about her… As she stepped into the hall, something held her motionless for a second. She had the curious sense that she was on the threshold of a mystery, a mystery which reached far, far back into the past, that she had but to wrench open a tightly locked door in her memory and she would find the truth for which she had been searching confronting her in a blaze of blinding light.  High of Heart

I’m ready for a little mystery. How about you?

9 thoughts on “High of Heart in Merry England”