With more of us staying at home instead of going to work these days, daily schedules have dissolved. We don’t have to be dressed, fed, and out by 7:00. There’s no prescribed lunch hour at work or school, and the daily commute no longer defines the dinner hour. 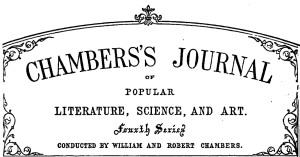 Browsing Chambers’s Journal from 1874 (because I have time for that now), I was struck by some similarities of life then and now. 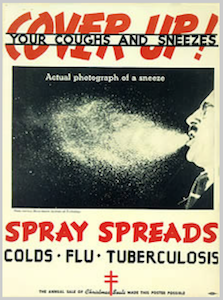 Emilie’s grandfather, Albert Baker, died of tuberculosis in 1874. This was the leading cause of death in the United States then. Its ease of transmission was known, but the bacterium wasn’t identified, and there was no cure.

People who developed “TB” symptoms–fatigue, night sweats, persistent cough, and pain in the lungs–were often shunned.  It would be another decade before the first sanatoriums were built to quarantine and treat TB patients.

“Many lost their jobs because of the panic they created among co-workers. Many landlords refused to house them.”

The “Panic of 1873” led the United States and Europe into a financial depression. It was called the “Great Depression” until the twentieth century version claimed that title. Now, it’s called the “Long Depression,” and it lasted six years. Many thousands of businesses went bankrupt, including Lee & Shepard Publishers, where Emilie’s father worked.

She couldn’t remember a time during the last few years, when Monday morning hadn’t found her mother figuring bills and her father shaking his white head over them.

As Long As I Live

Then, as now, the tempo of life slowed.

The gradual advance of dinner from six to seven o’clock, seven to eight o’clock, and even later, has thrown the system of daily meals, to speak mechanically, out of gear. One result is pretty observable. Luncheon, which used to be a triﬂing affair about or a little after mid-day, has expanded into a kind of dinner at two to three o’clock. (1874)

With breakfast at ten, lunch at two to three, and dinner at eight, Victorians had a five-hour gap between three o’clock and eight that begged for a little snack and beverage. Their solution: the “kettle drum.”

“Drum” was an 18th Century name for an evening party, and “kettle” referred to the tea-kettle. Tea–or sherry–and a small snack might be served at a kettle drum, but it was “scarcely a meal at all, but only an excuse for meeting together in an easy manner at an interval when one has nothing else to do.”

What could be better suited to these days when all manner of inventiveness yields to the sameness of yet another day at home? 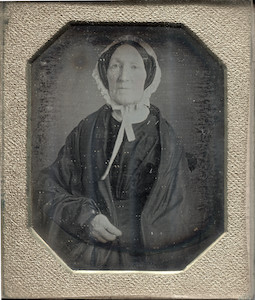 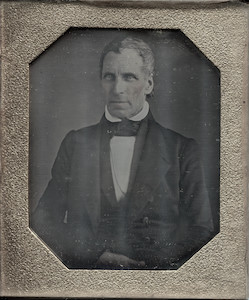 “…the painted ancestors on the walls have been frowning with gloomy brows on the modern, fine ladies beneath; when suddenly tea is brought into that most charming room of a country-house, the inner hall or ﬁrst drawing-room.”

The “inner hall” and “first drawing-room” are the same in our house–that is to say, we have a living room–but imagine the fun of announcing, “The kettle drum shall commence in the drawing room at five.”

“Smiles forthwith brighten out, and a ripple of murmured chit-chat ensues.”

Has spring arrived where you are? On my last walk, I captured a veritable rainbow of spring color. Emilie would have loved it. 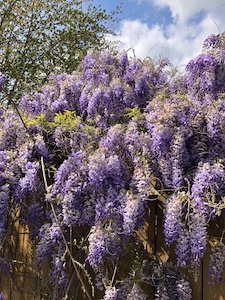 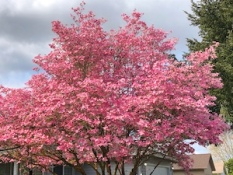 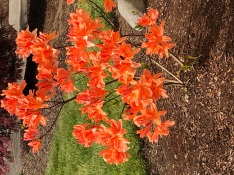 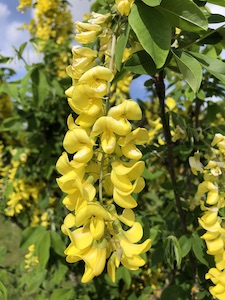 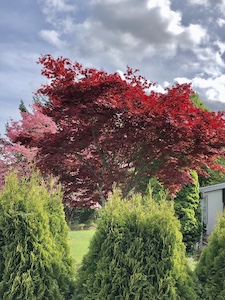 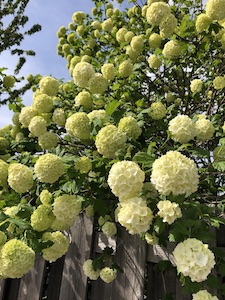 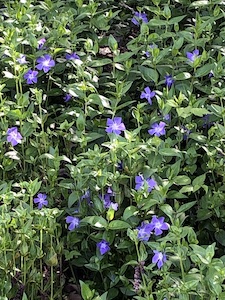 “Do you know what color does to me, Mr. Si?  It sends my courage shooting above par, gives me the-world’s-my-oyster feeling—know it?”  Hilltops Clear

It reminded me that I’ve been meaning to figure out what Emilie planted in her home gardens. Click on this link to the post, “Browsing to Connection” to see more. It’s not as easy as you’d think, using only shape and shading to identify plants, but inspired by my walk, I got out my copy of Gertrude Jekyll’s Color Scheme in the Flower Garden and got to work.

The first step is to learn what different plants look like in black-and-white. Here’s one illustration I worked on, using Miss Jekyll’s caption as a “Find the Flower” guide: 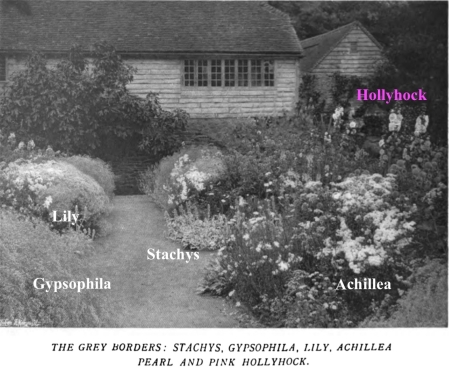 Here’s one for you to try.

Now, see what you can do with Emilie’s garden, with no caption to guide you. I don’t have all of these solved, so if you do, send me your identifications! (contact@pattibender.com)

I’ve also been meaning to answer questions from readers about the cover art on Emilie Loring’s books. In an earlier post, I mis-labeled a painting in the Loring home as the original cover for The Trail of Conflict. It wasn’t. It was the cover for The Solitary Horseman. 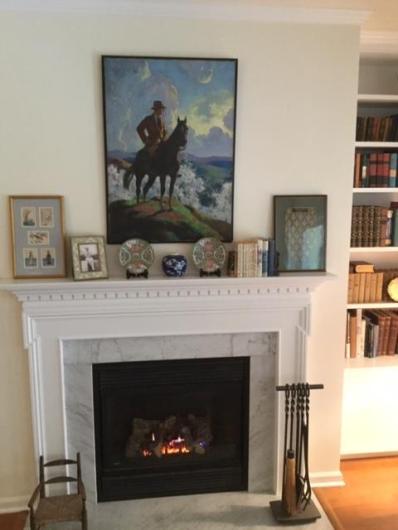 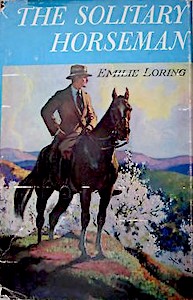 Thanks to Vickie for the catch. I’ve corrected the caption–important to do!

This post is my 224th. I can hardly believe it, myself. Even if you’ve been reading this blog since the beginning, take some time to look back at earlier posts. It’s been more than four years since the start (November, 2015), and so much of it feels new again on re-reading. I’m especially fond of these:

“I love your grandmother”

And we had fun with: Who Would You Cast in the Movie?

As you browse, be sure to write comments when you have them! I read and answer them all.

You may wonder why Emilie Loring never mentioned a “kettle drum” in her books. Things got better. Personal and professional lives got back on track. Schedules returned to normal, including afternoon tea at four o’clock. 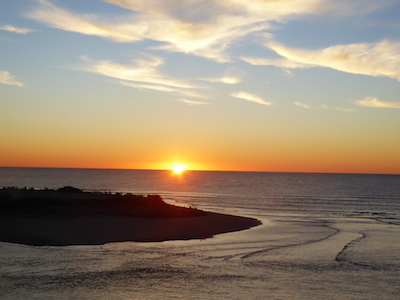 “I am neither a super-optimist nor a Pollyanna, but behind the thickest cloud, behind the darkest situation, somehow, I sense the sun ready to break through. Why not? It has always.”

I’ve enjoyed our chat. Let me know how you do with your next kettle drum.