Spring is here, and with it come new starts, new projects, new energy. It’s time to clear away last year’s leaves, cut back the plants that need it, and prepare the soil for planting. It doesn’t matter that there is more dead than alive just now, or that soon I will–yet again–do battle with weeds and native grasses that have their roots somewhere near the earth’s core and rise up each season to wreak havoc on my garden plans. No, now is the time of enthusiasm and joyous certainty. By July sixth, these beds will glow with color, fragrant and lovely, ready for our tea party. (You Are Cordially Invited to a Garden Tea.) 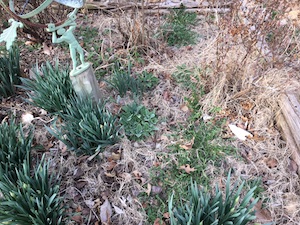 Emilie Loring is an enthusiastic companion for uphill ventures.

Beyond the Sound of Guns opens on a Wyoming ranch in September, 1944. Kit Marlowe’s brother, Dick, has lost the use of one arm in the Pacific Theater, and Colonel Rex Danton is on leave from the Combat Engineers with a leg injury. Far from the front, the clouds still have “gun-metal centers,” and rain drops pelt “like machine-gun bullets.”

“Rehabilitation, the experts call it, is a war job of tremendous importance.”

The white house “shone like a pearl in an emerald setting.” 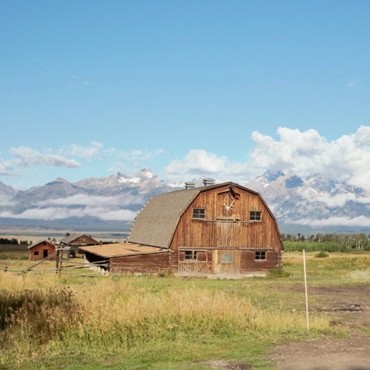 “It was a complete outfit for cattle raising”

“The black Herefords were the finest bred.”

Rehabilitation is the theme, but it won’t be easy in coming. Dick must learn to run his new cattle ranch, but he’s in a “to hell with everything depression.” Rex declares he is “fed up with conflict,” but not only does he stand accused of swindling Dick and stealing his fiancé, but he must also capture an escaped prisoner of war to prevent sabotage.

Enter Kit, whose determination is exceeded only by her optimism.

“Perhaps life was like that. Storm, tears, and despair followed by the sunshine of hope and joy and courage.”

I’m reminded of how much enthusiasm Emilie Loring had for language and the written word when I pick up new words from her stories. Renascence is one.

“Curious about the renascence of the Ouija board in wartime, isn’t it? Ma Snell has an uncanny skill at getting mystic messages.”

“Renaissance” is more common, but I like renascence better: Re (again) + nascence (coming into existence) = rebirth, revival. When I read Beyond the Sound of Guns the first time, my sister owned a Ouija board, acquired during another renascence of the parlor game.

Curate’s comfort is another. It’s a cake stand with multiple tiers. And how about persiflage (light, teasing banter)?

“I’m not in the mood for merry persiflage.”

Merry persiflage. Kit swallowed a nervous chuckle. How like him… He was born when his inventor father and his scientific-minded mother were middle-aged, had been in the infant-prodigy line-up at college… never had been really young. How could he help being a trifle on the ponderous side?

“She’s beautiful, vivid, tender as a woman should be and desirable.” He laughed. “‘Nuff said, Aunt S’rena?”

“Enough to relieve my mind of the fear that you might go off the deep end–Sally’s argot again–about this Langley girl.”

Even more useful is agog (full of intense interest or excitement; eager, keen anticipation)–as in, “I’m all agog.”

Should he have told Kit the suspicions the man’s presence here had set agog in his mind?

It’s not just that Emilie’s vocabulary was extensive but rather that her joy in using the words is palpable. I read them for the first time when I was a pre-teen, so as I imprinted the “cool” slang of my peers, I also picked up persiflage, argot, and agog. There’s no accounting for the vagaries of vocabulary!

“There’s no accounting for the vagaries of women,” he said lightly. “I’ve been begging Kit to tell you we were that way about each other. She wouldn’t… Now, she knocks the breath out of me with the sudden capitulation to my wishes.”

Emilie Loring’s enthusiasms are contagious, from language to gardens to fashion.

“The world is so alive. Every twig is dancing, every dry leaf is shimmying to the tune of the breeze. It’s exciting. It sets me a-tingle.”

If you’re considering an Emilie Loring garden this season, the Double H Ranch has an easy one: 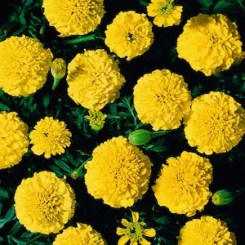 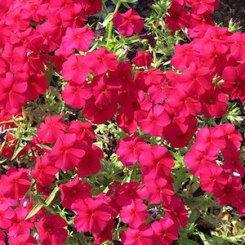 As the gate in the white picket fence clicked behind him a slender figure rose from the middle of a mass of yellow marigolds, towering white boltonia and cherry-red phlox…

She went into detail about the fashion forecast for spring, 1945:

This year’s gal will show lots of skin–pedal pants, neither shorts nor trousers, but something in between that tapers below the knee… Rounded shoulders instead of square, mannish ones. No relaxing of L-85 but a swing away from the slim silhouette to slender curves. The pretty-lady sort of evening frock… 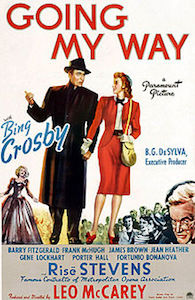 If you’d like to see how closely Emilie followed fashion–and she did–watch the movies from the same year. “Going My Way” was in the theaters as she wrote Beyond the Sound of Guns. Kit hums the songs, mentions Bing Crosby, and references the title several times.

I had to look up “L-85,” and I’m glad I did. It was a regulation passed in 1942 to limit use of clothing supplies needed for the war effort. No ruffles were allowed, hems couldn’t be more than two inches deep, pant-leg circumference was limited to nineteen inches, and many more rules. Sleeker and shorter styles used less fabric. Synthetic fabrics spared wool, silk, and rubber for wartime use.

“‘The Government asks you not to spend money for what you do not need. Dangerous dollars. Buy a bond. Keep it. Put it away and see it grow.’

I don’t need anything, but, boy, how I’d like a whole new spring outfit.”

The perfumes in this story are still available today, although they are reformulations, not precisely the same. I bought a small flacon of “Je Reviens,”–a blend of hyacinth and jonquil–but I couldn’t bring myself to buy “Suivez Moi.”

“I took the liberty of letting in some fresh air. The Langley ladies were drenched in perfume. I prefer the smell of burning cones. What was that stuff?”

“‘Suivez Moi’–Follow Me, in case your French is a bit rusty.”

So much of Beyond the Sound of Guns is pure, enjoyable distraction–sparkling dialogue, gardens, fashion, perfume. We read it now with the perspective of history, but Emilie Loring wrote it three months after D-Day, when peace was still a dream. Families grieved; soldiers returned with bodies, minds, and spirits to mend; the public made sacrifices; and still, the war continued.

“It gives me the shivers when I read the opinions of even high-up military men that the date of the collapse of the Reich fighting force will be October fifteen of this year. Get that? This year.  I’ve been up against the devils and I know they still have terrible weapons and powerful forces to marshal against us. We’re in for days of trial and tragedy the extent of which we cannot even guess.”

Emilie Loring wrote to entertain her readers well enough that they would drop their problems awhile and feel refreshed when they were ready to take them up again.

His rich voice repeating the words sent a surge of tears to her eyes.

“It’s the water that keeps moving if only a little which gets to the sea.”

Set your thoughts on the best. Believe in your shining star. Keep everlastingly at it, until your dreams come true.

I’m enthusiastic about my garden this year! Good luck with your ventures, too!

7 thoughts on “Spring is Here, and I’m All Agog”